Hello from London! First, I have to preface this post by saying that I have had about three hours of sleep in the last 36 hours, so this might not make sense to anyone save myself. With that being said, yesterday the group met in Washington, D.C. before flying together to London. We left Dulles at 6:30 pm and arrived in Heathrow around 6:30am with a full day ahead of us. A little groggy, we’ve been having a fun time getting acquainted with the city.

Today we checked into our hotel and then went on a walking tour of the city. We learned how to navigate the Tube and saw a lot of tourist sites. We visited Buckingham Palace and saw the Victoria Memorial adjacent. We then walked through St. James Park and saw the London Eye in the distance. Getting hungry, we stopped for lunch at the Covent Garden Market and saw some street performers playing some fun tunes. As if we were not already exhausted, we marched on to the Imperial War Museum where we toured a World War I exhibit and a memorial to the victims of the Holocaust. From there, we gave into our grogginess and returned to our hotel for a much-needed nap. The day ended eating North African cuisine at a restaurant with Denison alumni who had a long career as a lawyer for Sotheby’s.

This has indeed been a long day, but as I sign off for the night I am grateful. It’s not every day that you get the opportunity to visit the Queen of England’s residency, hear British accents in surround sound, and spend time with good friends eating good food. That’s a wrap until tomorrow! 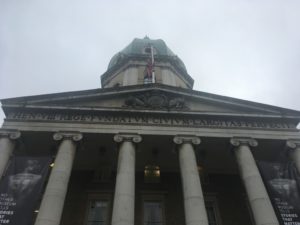 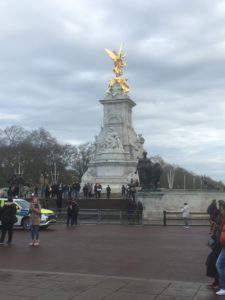 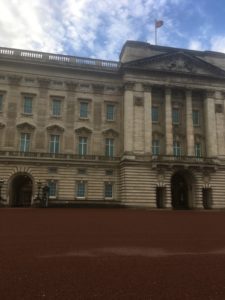 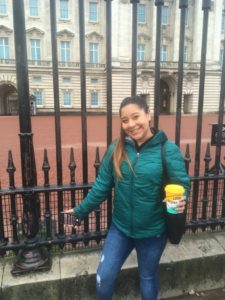 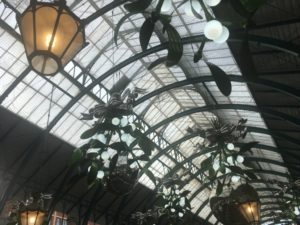 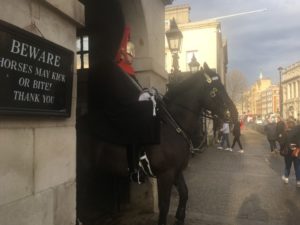 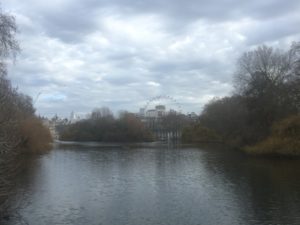 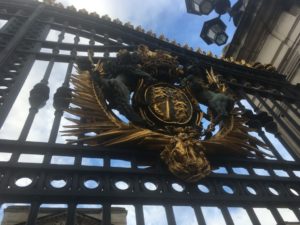