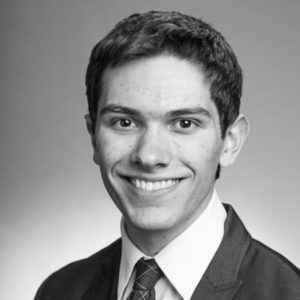 Oliver Gladfelter ’18 recently published a data-driven article about how we engage with political media online and how likely that media is to change our minds.  Interestingly, he found that people are more or less equally likely to engage with political media regardless of their, or the videos’, political ideology.  What did affect engagement was the videos’ perceived credibility.  Everyone was more likely to engage with videos that they deemed the most credible, and the difference was more pronounced with older viewers than millennials.  But do opposing videos actually change anyone’s mind?  Oliver found that millennials were almost twice as likely (21%) to be swayed by an opposing video than older viewers (11%), and this was again independent of their political leanings.  Again, credibility matters.  Oliver concludes that, “Despite a video coming from an opposing perspective, people were more open-minded and likely to listen if the source delivered information in a credible way.”