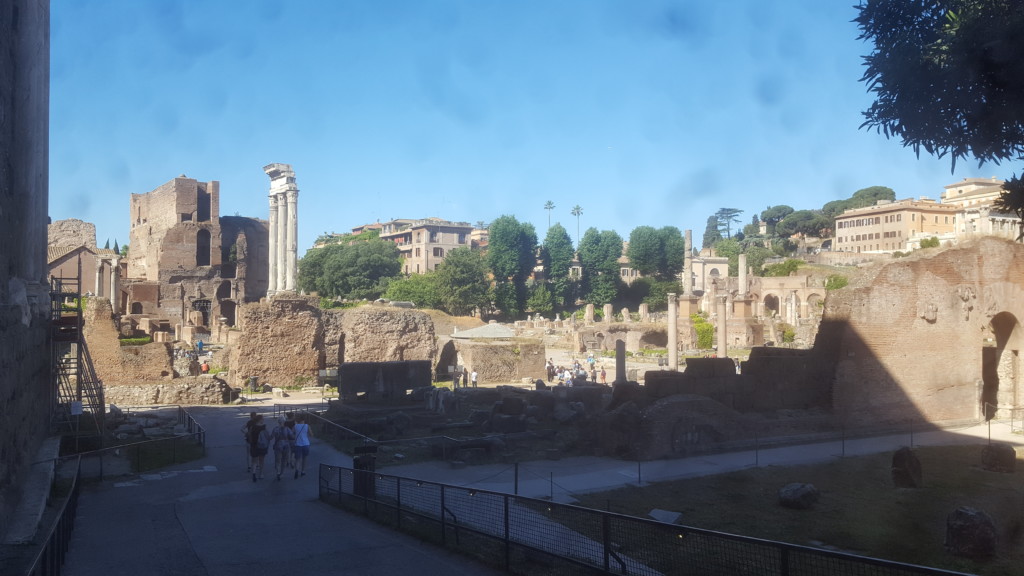 For our third day in Rome, we were left with the task of finding our way around the city. We boarded the buses shortly after finishing breakfast to meet our professors at the top of Capitoline Hill. After climbing up the steep travertine steps, we met various other tour groups in awe of the beautiful statues and monuments that decorated the plaza. We ventured into the museum and witnessed pieces such as The Dying Gaul, the Equestrian Statue of Marcus Aurelius, and remains of the Colossus of Constantine. A personal favorite happened to be Bust of Commodus as Hercules because of the incredible detail and polish to the marble. The bust depicted the emperor with two symbols from the twelve labors of Hercules, which happened to be the skin of the Nemean lion, the apples of Hesperides. The representation of Commodus as a prominent mythical figure shows the parallels of power and influence the emperor wished to present. After our personal tour led by our professors, we were left alone with the task of gathering pictures, drawings, and information for our final project, then making our way to the Colosseum for our daily assignment.

We split up into our smaller groups to take photos of various areas surrounding the Colosseum and analyzing aspects that the common tourist would glance over. Some of these activities included picturing the effects of an earthquake on the outer ring from the perspective of the Arch of Constantine and deciphering the methods the Romans used to organize the spectators into the massive entertainment center. The Colosseum has a great reputation around the world, but seeing this behemoth in person was a stunning experience. Collecting several pictures, we walked a straight path to Trajan’s column to begin the next segment of the day. We took a private tour led by our professors through the Imperial Fora of the city that ranged from the Foro Cesare to the Foro Traiano. Trajan’s Forum, specifically, stood out with the presence of Trajan’s large column that showed his conquest of Dacia and the sheer size that overshadowed even the Foro di Augusto. Trajan’s column displayed such intricate detail and loomed over the remains with marble remnants. 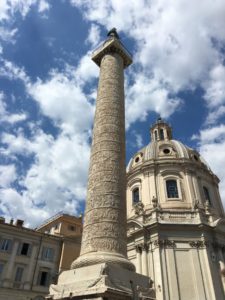 Finally, our day led us to a second museum that encompassed Trajan’s Market, which was positioned next to his forum. Our time spent in the museum was brief, but ended with another beautiful view of the land we had just previously tread. This was a highlight of the day as the sight was breathtaking and created a sense of immersion as we pictured how the city probably looked like in antiquity. 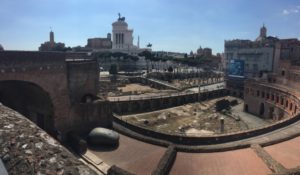 After being dismissed from our tours and lessons, some members of our group continued to explore the city while others sought much needed rest. This happened to be our busiest and most content-packed day and our legs were worn out by the end of our travels. Finally, we met for our usual group dinner at the Centro where we recapped our experiences. We managed to have yet another memorable experience in the fantastic ancient city 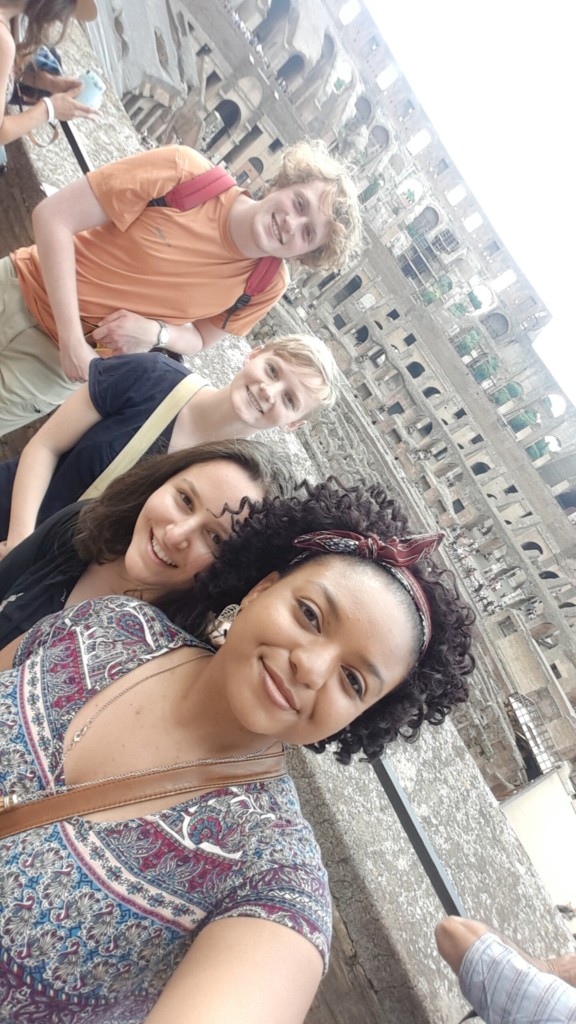