Today was our third day in Athens and so far we have been having a blast! Even though we lost a day in Chicago (or should I say gained, because Chicago is the best city in the world and also deserves a visit) we are back on track. We started off the day with breakfast on our hotel’s rooftop. The views are incredible and the food only makes it all the better. Some of us have been enjoying the very sugary fruit juices they serve, while others have enjoyed the coffee machine which serves coffee in about ten different forms, all at the push of a button. While the hotels serves a variety of coffees, they have yet to get COFFEECCINOS! These sweet drinks can be bought for less than 3 euros and taste like heaven.

After breakfast we met up at the Keramerikos Cemetery, because we wanted to digest our breakfast and because everyone enjoys a stroll down the cemetery at 10 am. The Keramikos was right outside of the ancient city boundaries. Archaeologists profit from finding cemeteries, because cemeteries are usually built toward the ends of cities. You do not want to mix the dead and the living. This helps archaeologists delineate where the city starts and finishes. The Keramerikos was a war cemetery. Whenever a battle finished, no matter if it was a win or a loss, the Athenians picked up their soldiers’ bodies and brought them back for proper burial.  Many wealthy people also buried themselves here. After all, this was THE place to get buried if you wanted everyone to remember you and know about you, because everyone had to pass by here to enter and leave the city. There were also a lot of businesses being run from here, specifically pottery, but also perhaps some textiles, and even brothels. People also came here for common needs, such as water.

The City Wall gave the Athenians a sense a pride, it meant that they did not need the help of other Greeks for protection. The wall was 8,500 meters wide, 8 to 10 meters tall, 3 meters wide, had 15 gates, and was built with reused materials. There are fragments of this wall still present at the site, but we have to wonder whether it is ethical to continue to dig when we cannot even preserve what we have already undug.

At the site, we also visited Bau Z Phase 3. If looked at closely, what now seems like an empty plot of land, actually has a lot to tell us. This “building” was built into the corners of the walls. It was burned down during the Persian invasion and when it was rebuilt (350 C.E.), the spaces were used as workshops. Loomweights have been found, which indicate that threading and weaving occurred in the space. Archaeologists have also found spindle wheels and these were used to spin wool into thread. Due to having found drinking cups, it has been assumed that this are was used as brothel. It is believed that women spun wool and threaded during the day and at night they were sex workers. This assumption is problematic. Can someone not drink just for the pleasure of drinking? I am having trouble understanding how archaeologists arrive to some conclusions. I believe that an archaeologist’s job is to offer potential interpretations, but not always to draw conclusions. It is impossible to be exactly sure what the purpose of something is and even harder to assume when objects can have more than one use. At Bau Z, Dr. Goldman had us do a small activity where we acted as archaeologists. We looked for a drain and specific rooms and tried to figure out based on what was left what these were used for. We did so well that The German School and the American School are fighting to hire us.

The next stop was The Sacred Way. This was the path into the city and into some of its hottest spots. Think about it as if it were the Magnificent Mile in Chicago, it had it all. You could take this route to the Theatre of Dionysos. This path also gave you front row seats to the spring festival that occurred here in Athens, because it passed right through here!

The next stop was the Fountain House. We saw one of these yesterday, but this was was a little more complete. The Fountain House seemed to have been built as a stoa and we could tell based on the column bases that are left. Humans drank the rain water that was inside and the animals drank the water that was drained out. The positioning of this fountain house was great, because it allowed those coming into the city and leaving it to catch a drink, including their animals. There were also two bathhouses that were useful to travelers.

We then headed to the People’s Cemetery and the Street of Tombs. The Greek government is no longer allowing for the excavation of these tombs, because apparently it is not nice to kick people out of their homes. The tombstones contained the name of the person who passed away and sometimes an image of something near and dear to their heart. This practice ended around the 4th century and it gave archaeologists great insight as to how people wanted to be remembered. We looked at some of the tombstones at the museum, including Dionysos’ which is a life sized bull.

The most important part of our morning was helping a tortoise get some food. Dr. Kennedy saved the day by crushing a fig so that our little friend could eat.

After the cemetery we headed for lunch!!! Woohoo!!! We had some traditional Greek food, as one does in Greece. We were attacked by bird twice, but we survived and prevailed. After that we had some coffeecinos, the official drink and sponsor of this trip. Next came a ride on the cleanest metro system out there!

We then spent the second half of our day at the National Archaeological Museum. In order to get to the museum we took the Metro for the first time in Athens. This experience went a lot smoother as expected, although the train was full and bustling with people. 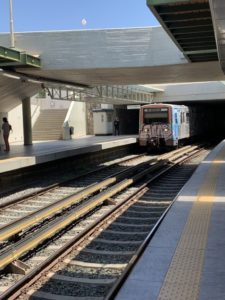 Figure 1: A Metro Train Cart at the Thissio Train Stop 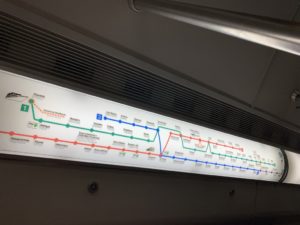 We started our tour through the museum through the gifts of gold exhibition left in the graves of the warriors from Mycenae. This burial was interesting to learn about because for a long time many scholars did not believe that a war had occurred in this area of Greece, yet after the German scholar sought to excavate the land, they were able to find the remnants of these gold burial gifts, that signified power and wealth for those that were buried with them. Many burials were found to have artifacts, such as necklaces, bracelets, rings, head-ware and remnants of gold foil that was used to cover warrior instruments, (e.x. figure 3). 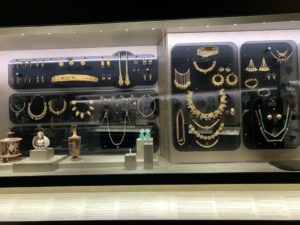 Figure 3: Jewelry made out of gold found at the Mycenae site.

We then explored the remainder exhibitions  of the museum that had a lot of statues and burial gifts. At these exhibitions we were able to learn first hand about certain grave monuments and burial gifts that had been mentioned during  our tour at the Kerameikos. We saw many vases that had paintings on them that represented different things, for example, in figure 4 we see the large vase in the black figure style that was created during the geometric period. On this vase we can see women who are mourning the death of someone important in their lives, we know this because the way in which their hands are positioned over the head in a sign of mourning. By seeing different vases we were able to learn and identify different vase styles and we learned how to be able to decipher the stories being told on the vases through the paintings. 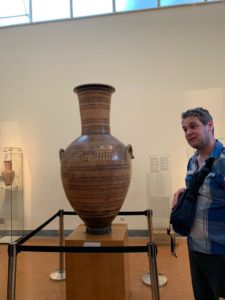 Figure 4: Dr. Goldman presenting a large Geometric style vase that could be found in a burial site

We also got the opportunity to analyze a variety of grave statues/monuments. By analyzing different types of statues we were able to identify the time period in which they were created and more importantly hypothesized the story/image that was being depicted to the audience. For example in figure 5 we see a statue of a young women, known as a Kore, (a statue of a woman created during the classical period). A Kore statue is identified by the stiffness in the body and face of the statue (e.x. statue’s smile and stiff leg posture), furthermore we identify as a woman because of its wardrobe but also the earring holes found in the statue’s ears. These statues were created during the Classical Period and were meant to tell a story about the person that was buried. 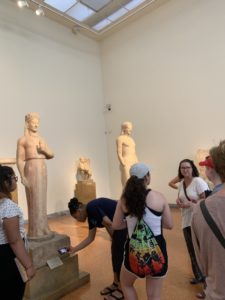 Figure 5: A Kore and Korass style statue next to each other with Dr. Kennedy Presenting in the background.

After our extensive museum tour we had the rest of the day free, in which most of us spent the evening in Kolonaki, a neighborhood in Athens. At Kolonaki we went on a small hike up a hill that would allow us to have a 360 degree view of the Greece. It was a beautiful and exciting experience for everyone, as we were able to see beyond the area that we had been in all the way to the Greek Islands. After getting our cardio work out for the day we had dinner at Kalamki Kolonaki, where some of my classmates and & I ate some delicious Slovaki. 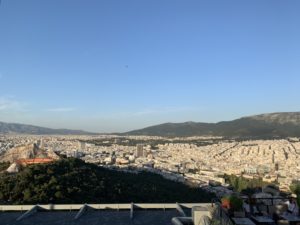 Figure 6: View of Athens from the hill in Kolonaki