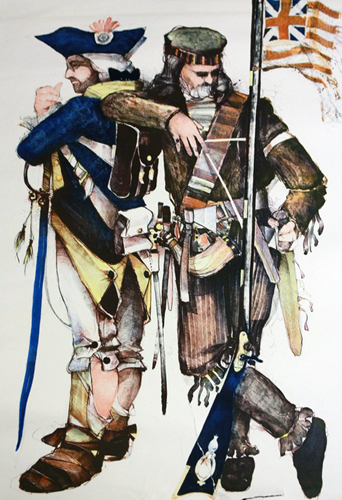 Although they lean on one another, the soldiers still stand with pride in this representation of two Continental soldiers, who fought the British (‘Red Coats’) in the Revolutionary War. We see the Grand Union Flag leaning against one soldier. This flag was the emblem that hung over Continental Congress when they approved the Declaration of Independence. It was also the flag under which George Washington fought and that flew on the first ship of the United States Navy. What could it mean that this forgotten flag is dissolving before our eyes?