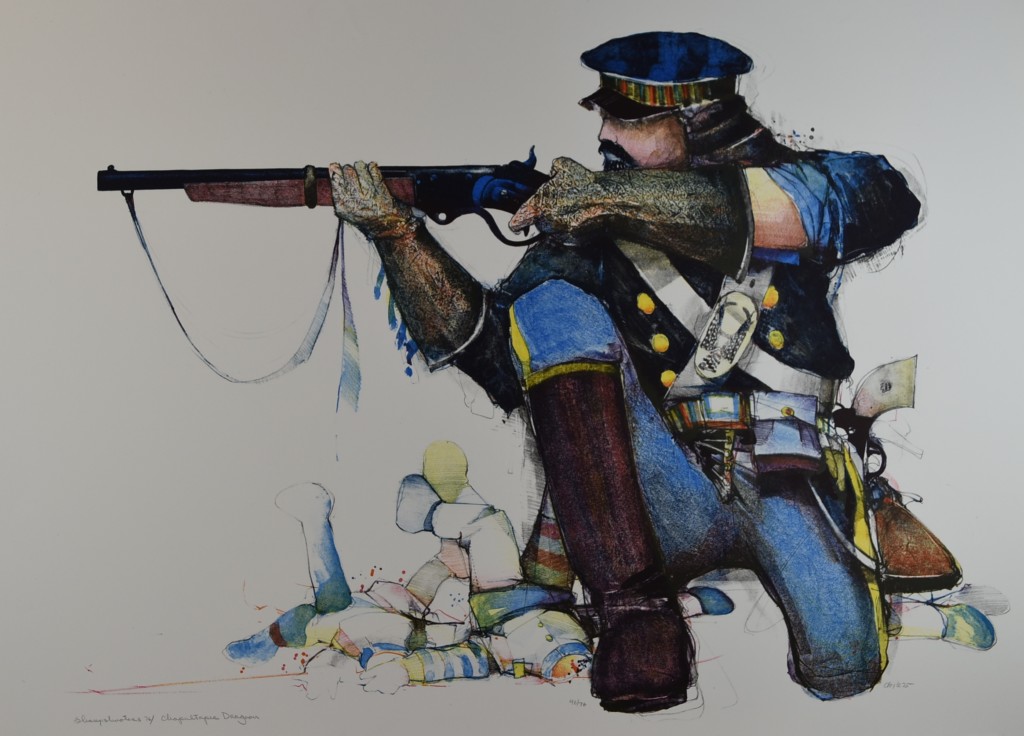 On September 13, 1847, American forces fought to capture the fortress at Chapultepec just outside Mexico City, which housed the Mexican Military Academy. They stormed the walls and took the city after a brief struggle. We see the giant American Dragoon shooting while he kneels on the bodies of children. These children are the Niños Heroes, the “hero children.” During the battle, six young Mexican cadets refused to leave their academy and instead died fighting the invading American forces.