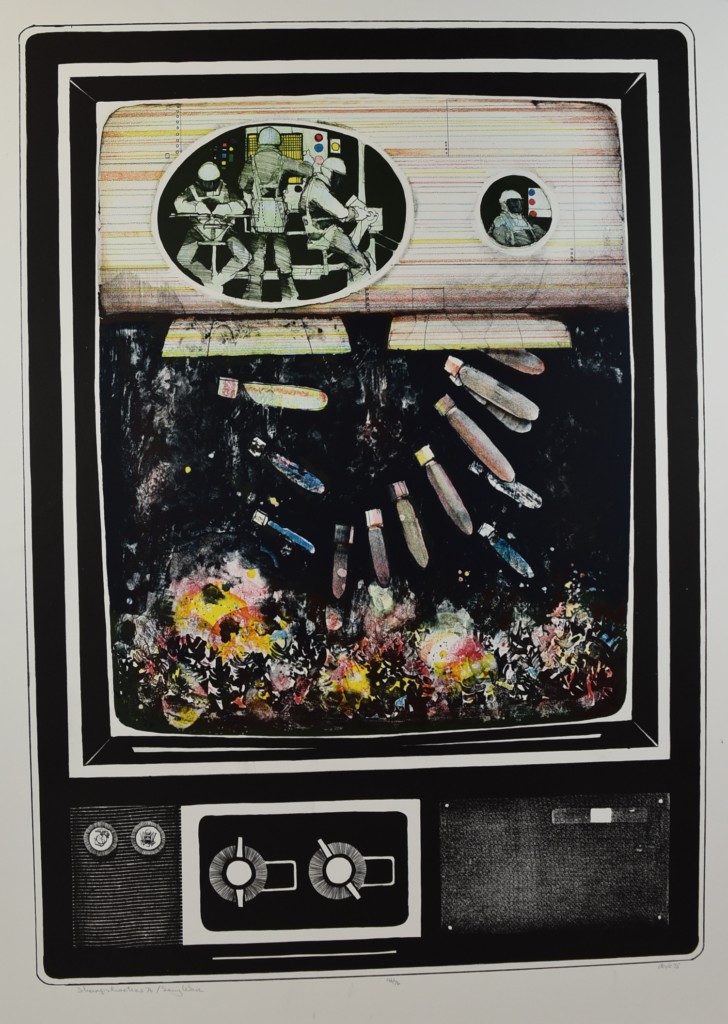 The Vietnam War was the first televised war in history, often dubbed “The Television War.” Here, we are placed in front of a television set which shows American troops dropping bombs on Vietnam. The visualization of the falling bombs substitutes colorful firework-like explosions for the destruction of the the Vietnamese landscape and people below. Doyle’s image, perhaps, explores how televising war idealizes, desensitizes, and alters the way war is viewed–the reality of the horror and violence of war is mediated to present it as as entertaining and beautiful.