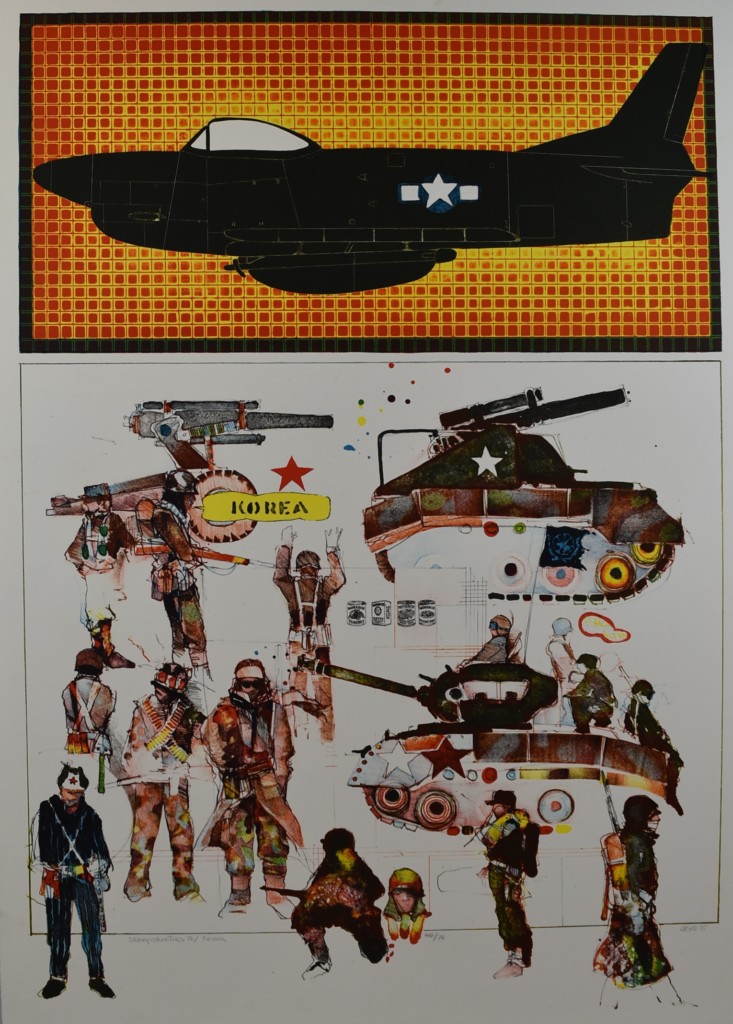 Only five years after the end of the second World War, another brutal war broke out in Korea. In 1948, Korea divided into two countries: South Korea (promoted as a democracy) and North Korea (which had embraced communism). The Korean War began when North Korea sought to unify with the south under a single communist regime. It became a proxy war for the Cold War between the United States and the Soviet Union, who both sent troops to support “their” side. The conflict lasted from 1950 to 1953 with nearly 5 million civilian and soldier deaths. It ended with a still-divided peninsula, a war fought to a stalemate. Doyle presents to the viewer a U.S. bomber flying over soldiers– all indistinguishable to the pilot above, once again suggesting how technology creates a disconnected experience of war.