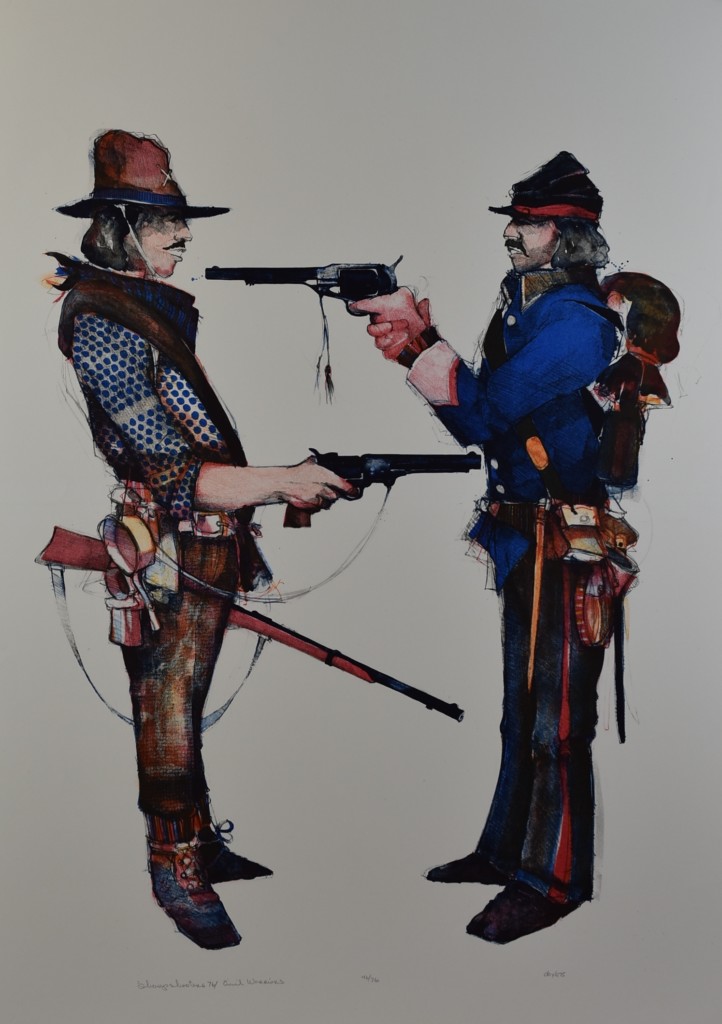 Nearly 625,000 soldiers died in the Civil War, more than half of the total number of American soldiers who have died in all U.S. wars. Doyle shows us two “civil warriors” face to face with bloodstained hands, representing the two halves of the divided country, a reminder that the country we live in today has not remained so without cost.