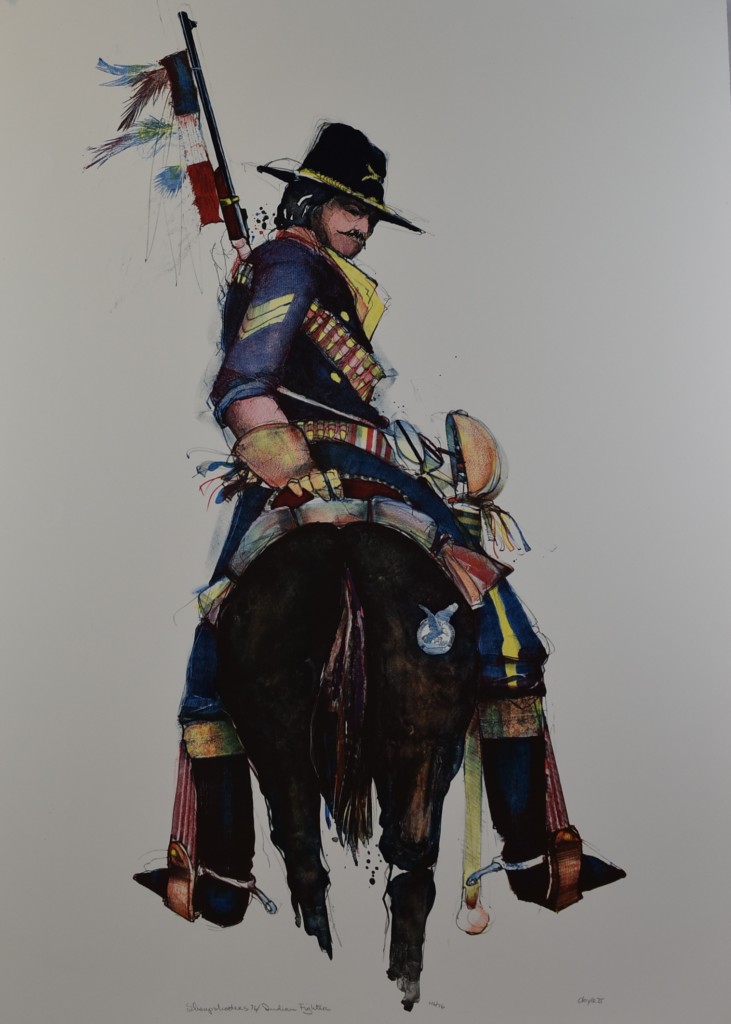 The Indian Fighters were U.S. soldiers sent out west to fight Native Americans in the Indian Wars. These wars began in the 1870s and ended with the battle of “Wounded Knee” (1890). The Indian Fighter looks back at us with feathers streaming from his flag. These feathers were most likely trophies from the Native lives he took. He also sits on Native blankets, alluding, perhaps, to the way Native lives and land were taken from them–is the horse also taken? Almost the size of his own horse, this monstrously large soldier represents perhaps the extensive torments to which Native Americans were subjected throughout U.S. history; this cannot be forgotten. What does it mean to treat Native Americans as foreigners in their own lands?