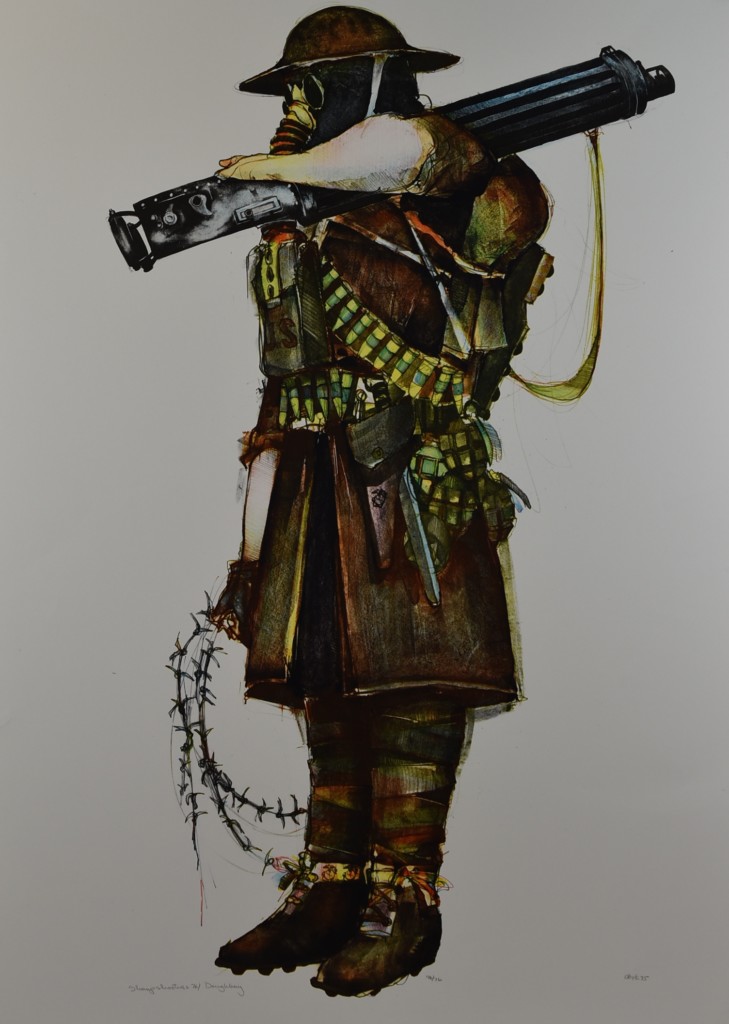 In WWI, U.S. service members were dubbed “Doughboys.” Some say this nickname dates back to the Mexican-American War, while others say it was due to the dumpling-shaped buttons on their uniforms. Beginning in 1914, World War I was the bloodiest wars in history to that point. Chemical warfare allowed for mass killings–killings done at a distance–on levels previously unseen.
Doyle depicts his soldier wearing a gas mask, perhaps hinting at the indiscriminate and dehumanizing impact of technology in war.