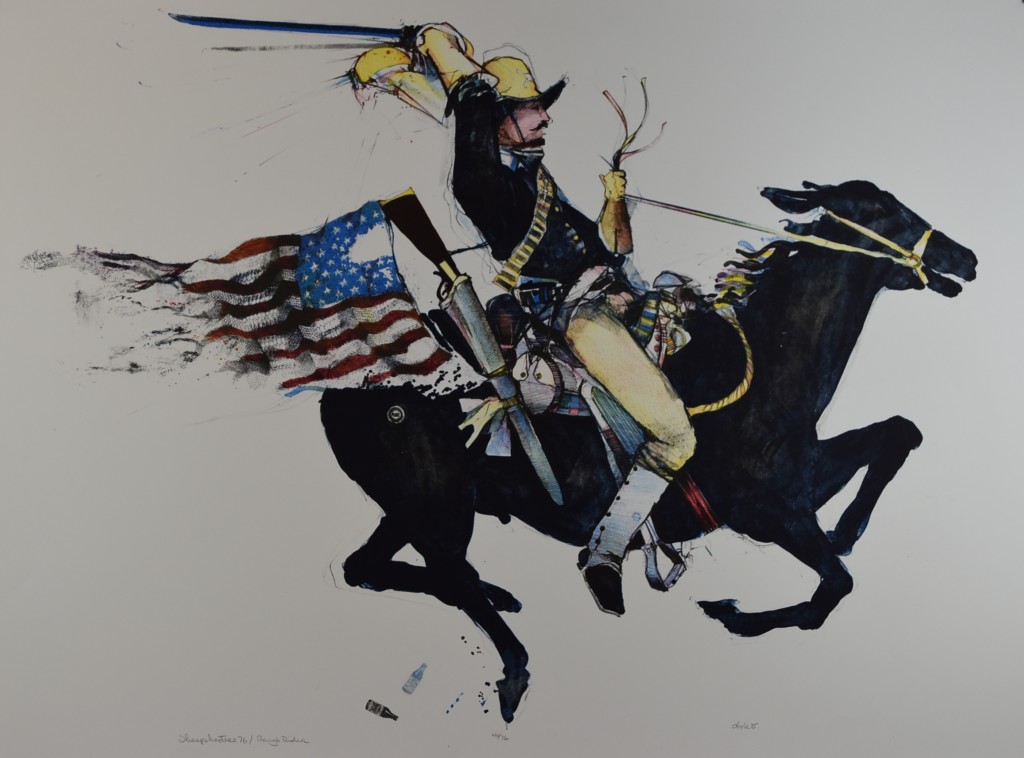 Teddy Roosevelt’s “Rough Riders” were the men of the First United States Volunteer Cavalry in the Spanish-American War. They were a diverse group of cowboys, miners, law enforcement officials, and Native Americans recruited by Roosevelt. Here we see a dramatic depiction of a rough rider charging up San Juan Hill to seize San Juan Ridge near the Spanish stronghold of Santiago de Cuba. This was the turning point of the war; within two weeks of the charge, the Spanish surrendered and fled Cuba. This ended the war, leaving the United States victorious. The image seems to heroize one Rough Rider, but leaves out the diverse group that made the Rough Riders as a group who they were.