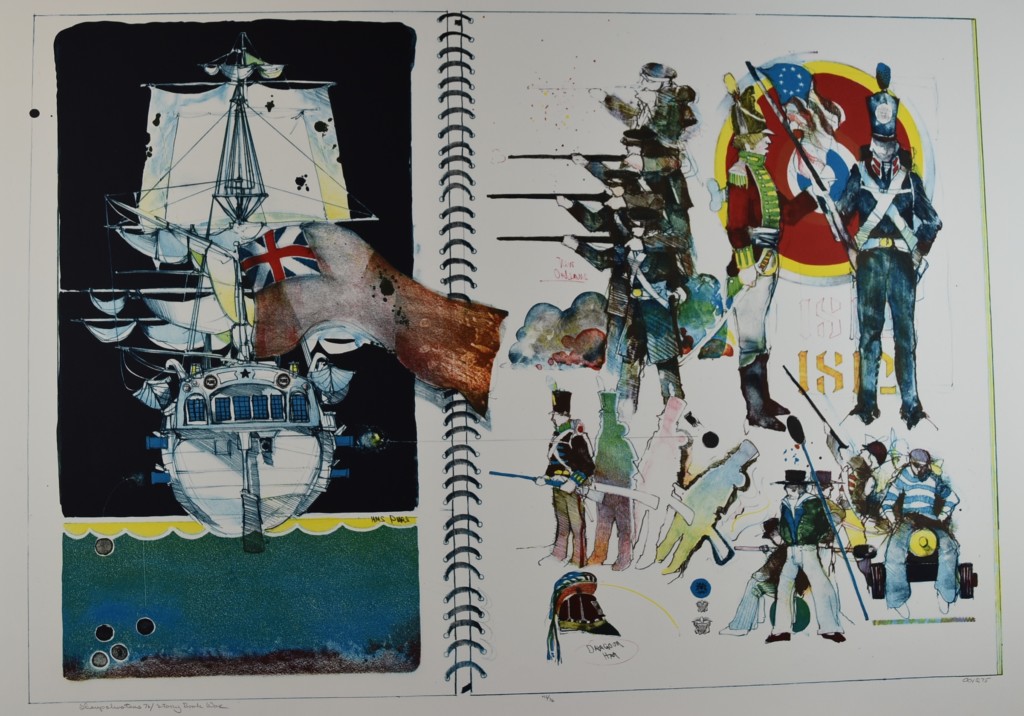 At the beginning of the 19th century, Great Britain began seizing American ships and sailors, forcing the United States to declare war on Britain again just decades after gaining their independence. Lasting a little over two years, The War of 1812 ended with an agreement that returned both parties to the pre-war status quo. Doyle depicts this so-called “forgotten war” in storybook format. We see the edges of a spiral-bound notebook with a British Naval ship on the left, shooting at U.S. soldiers on the right. These soldiers are represented as if paper dolls.