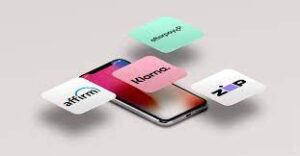 Buy Now Pay Later services have received lots of coverage in recent months. The Covid Pandemic, coupled with unprecedented inflation in recent months, seem to have provided the perfect conditions for rapid growth in this industry, attracting predominantly younger consumers.

Probably the biggest news recently in the BNPL arena is the entry of an offering from Apple called Apple Pay Later. It will be connected to use of Apple Pay and Apple Wallet.  The majority of BNPL users are GenZ (born between 1997-2012).  A recent article from Verge reported some important findings about those users:

BNPL can be the worst of both worlds because most companies do not report your payment history (no upside benefit), but may report missing/late payments. The fact that BNPL players don’t report most loans makes it hard for other lenders in general to get a true idea of how much any individual actually owes, and how much more a lender should be willing to lend them. The biggest concern is that consumers will get themselves in a dangerous debt spiral with these loans.

If you need a refresher on BNPL or want a better idea of the basics of how BNPL works, this Today show segment is useful.  Just like other types of debt, have a plan for how you will pay the loan off and ensure you are able to make the payments on time before using a BNPL purchase.

The Financial Wellness Office helps Denisonians both on and off the hill.  The office provides students with opportunities that help them increase their knowledge, skills, awareness, and confidence to become financially empowered.